Hello there! I am enjoying an extended Thanksgiving holiday with friends and family, and am not near my computer today. So please enjoy this reprint of a guest blog I did for the wonderful WriMosFTW! website earlier this week. 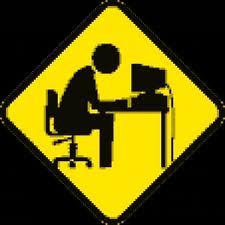 It's great, isn't it? Only right now maybe it ISN'T so great. Maybe you are stuck. The how-the-heck-did-I-get-HERE??? kind of stuck.

The problem with getting stuck in the middle of NaNo is that you're crunched for time. The whole point of NaNo is, after all, to give starry-eyed dreamers a kick in the pants so we will push on, even when we want to spin our wheels and edit, re-edit, polish and tweak Every. Single. Line.  So you barrel on, reminding yourself of that glorious finish line of 50,000 words, and that you can edit to your heart’s content come December. But sometimes you turn a corner and find yourself in a plot tangle that only gets worse the more you write.

Frustrated? Sure you are. Want to fix it? Absolutely. But since this is NaNo, the big, glossy edits come later. But take heart - there is a way to move on ---- even if you have to leave a mental "bookmark" or two for the editing process.

Below I've listed three common plot problems that make ME stop in my tracks, especially now, when I’m so focused on my word count. I've also given my "quick fixes" that allow me to press to the end of NaNo and THEN do the hard edit. 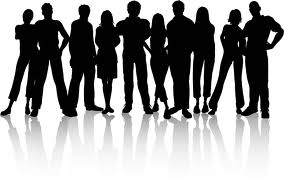 Problem #1: Too Many Characters, or Too Few: These are opposite problems, and neither of them can be fixed mid-NaNo. But you can still pause long enough to see if this is the root of your problem. Don’t be afraid to do it either – determining if you’ve got a problem in this arena will save you a world of hurt later.

Quick Fix: Too few? Add in the new people as you press on, but make some kind of notation to indicate you've introduced a character that wasn't there before, but ought to have been. (I manage this by putting that character's first appearance in bright red font.)
Too many characters? Figure out which are your weaker characters, and mentally cut them loose. This will leave your stronger characters to pick up the slack, and they will be even more dynamic and engaging because of it. But don't try to fix your earlier pages now. Wherever you are in the manuscript, hit the enter key a few times to indicate a break from previous plot details, and keep going - but with the revised set of characters. You may even need to leave yourself a clear note about who got axed. Everything up to that point will need adjusting post-NaNo. 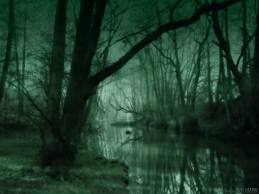 Problem #2: Murky Plot Points: For me, a "murky plot point" is something that I haven't thought through very well, that is now turning out to be a bigger deal than I thought. In my current project, I knew I needed an underground train. I had no idea it would become so central to the story. Now I realize I need to study up on trains come December. I can’t become a Train Expert just now; but I will.

Quick Fix: When I realize I need technical jargon I just don't have yet, I'll insert some notes in parenthesis and in red (or bold, or all caps) that reminds me of what I need: For example: "Then Finn looked under the train (((and detected some serious problem that stalls the train out for the next two chapters))). Then he turned to..." etc. Since I already have a basic understanding of trains, I'll know that Finn at least needs to go for some parts, which would be conveniently located in a troublesome part of town. Plot moves on.

Problem #3: Not Thinking Wide Enough? This is a different sort of problem. It doesn't create so much of a writer's block as a moment of realization amounting to: "Oh, CRAP I should have done this four chapters ago! Now what?" If you've hit that sort of snag, you've realized there is some key character, scene, or whole chapter that is missing from your earlier writing, and without it you don't have enough internal scaffolding to bear the weight of your story. But this is NaNo, and you want to press on to where you NOW know the story ought to go.

Quick Fix: Print out the pages you have so far, and quickly scan what you’ve written. In the margins, make plain but simple notes: “Put Anne in this scene.” Or “Needs more cowbell.” Or “’Add chapter about Marv’s POV from the Inner Sanctum”, etc. If you do this while it's fresh on your mind, you’ll not only thank yourself later, but sometimes you’ll pick up on other things that need to be added to the margin notes. (I usually sacrifice a whole evening of NaNo-ing to do this step anyway, even if I feel I’m doing well.) The trick is to not bog down here, and forget to type. Make your notes and move on. 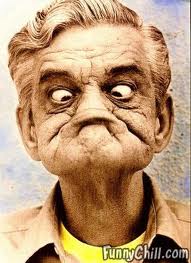 It’s been said that “If a thing is worth doing, it’s worth doing badly.” As writers, that is what we ought to remember as we pursue our craft. Your first pass at a rough draft – whether hastily written or no - is going to be just that: ROUGH. But if your tale is worth telling, then it’s worth telling badly - at least during the first pass.

But you’ll get to the ultimate finish line. Of course you will! Because we’re writers, and we know that rough beginnings are always the first step – but never the last.