One of the biggest blessings of my writing life is belonging to a small, close-knit group of lunatics who share my passion for writing. We have spent the last three years feeling out how to best share/review each other's manuscripts, as well as what assuredly does NOT work. We share our triumphs and losses, mourn the passing of untimely snuffed characters, and circulate any information/inspiration that would further all five of us in our efforts to become published authors.


This past weekend, during our annual five hour NaNoWriMo "blitzkrieg" session, we decided to do something new - at least for us. It was an idea we had tossed around before, but this past Saturday was when the writing muses cooperated, and we went for it.

We decided to play Writer's Roulette.

We settled on the couches with our laptops, set the timer for ten minutes, and started a story. When the timer went off, we all moved to the laptop on the left, and read what had been put down so far, making sure we were well versed in whatever story we were adding to before we started. Then we set the timer for another ten minutes, and added to the already-started story in front of us.

Several curious yet vitally important observations came out of this little exercise, not the least of which was the fact that all five of us go in for very different literature. It was reflected in our story topics:

* A girl in kindergarten keeps her monopoly of boyfriends and best friends, until the new kid, Robert, shows up at school.

* A bride in black is brought to her midnight wedding, where everyone is dressed in red or purple and no one is happy about the occasion.

* A girl runs through the jungle with a makeshift spear, pursuing someone while yet someone else is pursuing her.

* A boy tells, in a series of flashbacks, what brought him up to a point of sudden death.

* A girl in the hospital waits and watches as her nurse prowls the windows, waiting for the imminent danger that is soon to come. 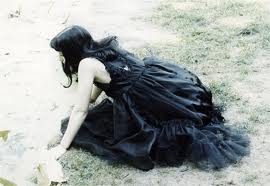 Each story beginning was interesting as they reflected the various genres or narrative styles we're each naturally drawn to. What we didn't expect was that, as we moved from laptop to laptop, we couldn't tell where one person ended and the next person had picked up. In short, we knew each other so well after three years that we were able to write in the general voice of the person who started it, and keep it in the same general vein of what we thought that person was originally going for, while giving our section our own distinct flair. It was rather creepy, once we realized this - and very exciting; because it showed that we could all get out of our own "writing comfort zone" when we liked.

(Incidentally, only one of the stories completely derailed, and in rather hilarious fashion. The midnight wedding began well, but when I added on to it I got the colors between the bride and groom sides reversed, which I guess was pretty significant. Then the next girl lost track of another detail, and so on. The end result was that we started with a Gothic midnight wedding, and ended with the bride and groom disappearing into an alternate reality while the congregation sent out for pizza delivery. Not exactly what the original author had envisioned!) 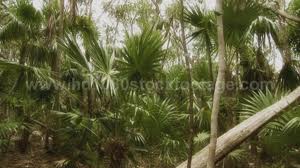 The big surprise, however, was the jungle story. We had worked on all the stories in ten minute bursts; so with the pre-reading needed at the beginning of each session, we had only an hour invested in the exercise at most. We took turns reading the results aloud to one another, and trying to guess who wrote which part. The Black Bride jumped the tracks early on, with hilarious effect; the hospital, flashback and kindergarten stories were off to a great start, and could possibly grow to novelette length, given the right attention. But the jungle story blew us away. As our fellow writer - the one who had been last to add on to the jungle story - finished reading it to us, we all realized....

....it was a complete story. COMPLETE. Nothing else need be done to it.

Oh sure, there's probably a couple of slight wording choices, a grammatical tweak here and there, to be managed; but that's small potatoes. The story arc, character development, drizzling of pertinent details about the situation, building of tension, climax, resolution - it was all there.

We sat around and scratched our heads, wondering if we had just witnessed the birth of a miracle, or a freak of nature. I'd say it was a little of both. It proved to us several things:

* It is a good thing to write outside your "comfort zone" now and then. Two of our group prefers writing in first person, two of us prefer third person. The fifth prefers impressionistic short story writing which can employ either point of view; but she also prefers more realistic writing, whereas the rest of us aim for the adventurous or fantastical. This means that all of us had to switch perspectives or genres at least twice. We all moaned and said "What the heck am I supposed to do with THIS?" at least twice. But then we pushed on, and we got through it. Moreover, it was all valid storytelling - even the time-warping Gothic wedding pizza party.

* Knowing a diverse group of writers is a great way to strengthen your weak areas. None of us would have progressed much as individual writers, if we'd kept only to the company of those who wrote exactly like ourselves. By putting ourselves out there with a common group who automatically scrutinize (graciously and thoughtfully, of course) what you do, it's made us sharper at defending our own work, but also taking constructive criticism. It's also enabled us to think differently in unusual and unexpected ways, especially as pertains to our writing.

* Sometimes you need a deliberate break from your current project, even if it's only momentary. During our Writer's Roulette exercise, we each typed about 1700 words - the average daily goal for a NaNoWriMo participant. And it was 1700 words that couldn't bolster our overall word count. What we each found, however, was that in returning to our own project after our "experiment", we were suddenly able to break through whatever nagging issue we were facing with relative ease. Inevitably the nagging problem was in our weakest area, an area that had been subtly addressed by playing Musical Laptops for an hour. 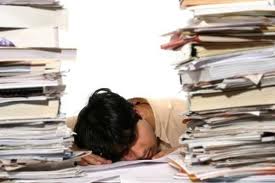 The point is, of course, that as a writer you should never insist on always doing things just one way, and alone. We came to the meeting determined to buffer our NaNo word count by thousands; we ended up putting most of our energies into something else entirely. By mutual agreement, we were all thrown into the deep end of the pool, and we found out that we could swim - better, and under stranger conditions than any of us thought.

That's why we, as writers, need each other. None of us can improve in isolation. EVER. We need to sharpen each other, encourage each other, and sometimes even shove each other (graciously, and in love). That's when the dream starts to become a reality - and our writing transforms into that miraculous freak of nature we all want. You can have that, too.

Just don't go it alone. Write, and write what only you can write - but do it in tandem with those who will work alongside you, and never let you off the hook.


Do you have a writer's group? What are your thoughts
on collaborating and commiserating with other writers?