To start: a simple yet bald fact about me: I love to read.

More than that, I read a LOT.

As a teacher, I usually have to triage my reading into three categories:

I could type volumes on each of these categories; but today I'm going to give you just a quick look at some of the "Fun Reads" that are currently on my nightstand, or at the top of my Kindle queue. 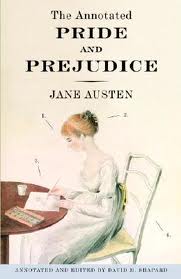 I admit, I read Jane Austen's Pride and Prejudice late in the game. It took several very literate men in my life - men, I tell you - to convince me that this was not some shallow chick-flick type novel, but a real work of intelligent, savvy, humorous literature. I was pleasantly surprised, and more than I can say, when I finally sat down and read this one all the way through. (And yes, to weigh in on the everlasting debate about the movie versions: I prefer the BBC version with Colin Firth above all others. I'm sorry - I just refuse to let Kiera Knightley taint my image of Elizabeth Bennett.) I'm currently reading the annotated version in order to savor all the fine nuances and details I missed the first few times through, and gaining an even deeper appreciation for it - which is good, since next year this will be a "fun read that I get to teach" book. 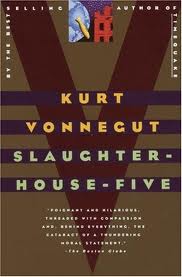 I'm not sure you can get much farther removed from Austen than Kurt Vonnegut. But I was introduced to his Slaughterhouse Five under rather peculiar circumstances while teaching high school (long story - with plenty of fodder for a future post), and as a result the story - disjointed and inverted as it is - has never left me. Irony saturates this tale of the time-shifting Billy Pilgrim from beginning to end, and the fact that the book is quasi-historical (in regards to the bombing of Dresden) makes it that much more peculiar and riveting, in the sort of dark, off-kilter way that only Vonnegut can manage. 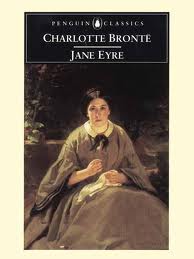 I have a love-hate relationship with the Bronte sisters. Honestly, they were all talented, but I'm not always sold on how "gifted" they were - at least when it comes to Anne and Emily. Granted, I'm only halfway through Anne's Tennant of Wildfell Hall (and have yet to read Agnes Grey). I've been hotly prejudiced against Wuthering Heights since high school, and have yet to summon up the nerve to give that novel another try. But I've never had issues with Charlotte - leastways, not with her lyrical, haunting Gothic tale of the abused child who grows up into the quiet but steely governess Jane Eyre. I fell in love with it in high school, and every time I've revisited it, my adoration for the fiery Jane only grows by leaps and bounds. 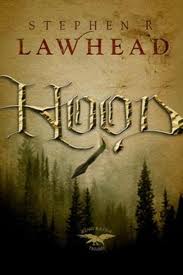 And finally, my current, not-taught-in-school, purely-for-fun read on my nightstand: Stephen R Lawhead's Hood. It is a retelling of the notorious Robin Hood in a Celtic setting, and the first of a series; and while I am only a few chapters into it I've already found it very engaging and original, neither too sordid nor too cliche, and all around a delightful read. For the moment, we'll say that the jury's out on this one - I like to judge a book by it's entire tale, and not the beginning only - but to be fair I'll also say that I've been delighted with the tale so far.

What about you? What "fun reading" are you making time for just now?
Posted by Angela at 12:00 AM