Any other WriMos feeling like they're in a big pool of gibberish right now? Yeah, me too.

But it's fun gibberish. It's gibberish I can work with. Working on a sequel to an as-yet-unpublished novel, I actually have some momentum behind me. I'm getting into the next layer of personalities and conflicts, and laying the groundwork for many more layers of relationships and conflicts yet to come. It's fun, even if it is a bit messy.

As of right now (Wednesday evening) I am sitting at roughly 17,700 words, and that's with taking Monday off entirely, due to juggling so many of my jobs within the confines of one day. But I'm still ahead of schedule, and my messy-gibberish sequel is oozing together o so nicely.

Yes, I did describe my writing using the verb "ooze."

I say "ooze" because there are parts of my current work that belong in my first project; and I've realized there were some things I put in the first project that belong in my NaNo manuscript. So it's a bit like playing the shell game, only everything is a lot more squishy, and nothing really stays contained. So there's a lot of scooping and scraping as I move things around, and a great deal of tailoring to be done if the pieces are to fit in their new location and actually make sense. 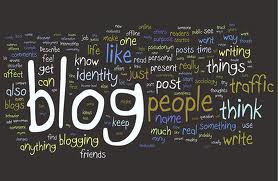 "Word ooze" isn't the only great thing to come out of the past ten days of NaNoWriMo, however. Through the wonderful world of Twitter I have discovered even more writers whose works and/or blogs deserve a closer look.

Not all of the names listed below are participating in NaNoWriMo this year, but these are all savvy writers with a lot of pertinent, constructive, informative things to say - about writing, books, marketing, or general musings about the writer's life. Many are published authors with novels available for your reading pleasure. The rest of them will be, at some point. Check out their blogs and bookmark them - you'll want to go back.


Got any other blogs you think I ought to check out? Send them my way!
Posted by Angela at 12:00 AM