When I started this blog over a month ago, I knew what my general goal was: to build a "platform." Never mind the fact that building a platform for a fiction writer who isn't published yet is a bit nebulous, or that marketing yourself while trying to complete/polish/query said manuscript is more than a bit daunting.

Part of the headache that newbies like me face is the whole social networking tangle. I've read a lot of articles that encourage would-be authors to connect into every possible social network - Facebook, Twitter, Google+, LinkedIn, and goodness knows who else. (I admit, I don't know them all.)  Others recommend you pick two of the "Big Three" - Twitter, Facebook and Google+ - and really work those.

If that's the case, then I'm afraid I"m the new caveman on the block. When I decided to ratchet up my publishing aspirations, my first decision was to shut down my Facebook entirely, and deliberately avoid Google+. I decided that I only had time for ONE social network, and Twitter was the tool that best fit my networking needs. 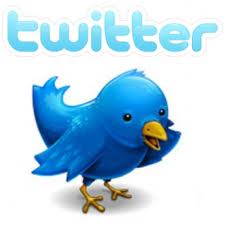 In the weeks since making that decision, I feel that I've been proven right. With multiple jobs, multiple manuscripts on tap, plus needing to maintain some semblance of a normal (read: non-computer related) social life, Twitter more than fills up my social networking niche, and then some. Honestly, I did not have any idea at the outset of how intricate Twitter would be. For something that supposedly is as simple as managing status lines, I had no clue it could be so complex, and push my networking capabilities into such remarkable quadrants. Already I have made some amazing connections with published authors, agents, editors, and people like me who are navigating the murky waters of determined would-be authors.

But it takes time and energy to keep the social networking wheel turning - even if you're only working with one. Since late September, my internet time has revolved around a careful triangle of blogging, email and Twitter. Already it has become a dance. When to Tweet and put myself out there. When to be quiet and just scan, read, think about what I'm seeing. The whole hashtag dance, which is in some ways is its own coded language, but a great networking tool if you know how to tap into it. It's a whole other world.

And then, yesterday, I was introduced to Klout. 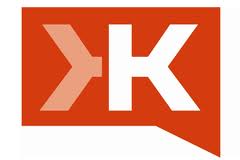 Klout adds a whole other dynamic to the social networking thingy. So far as I understand it, it's an online "pulse check" that measures your social networking influence. It's a nifty little gizmo, but yet another item that could rapidly swallow more time. One more thing to obsess over. More internet time that truly, honestly, ought to be spent on my writing.

Of course, Klout wants me to "add in" Facebook, Google+, LinkedIn, and every other social network it assumes I'm participating in (which I'm not). If I did do all of those things - heaven help me. I'd be obsessively checking it twenty times a day. Yet another reminder of how glad I am that I picked one and am sticking with it.

Where does this take me? I'm not really sure. I have a hunch that this is a topic I'll be blogging on again in the future, as it is a journey that is still unfolding for me. It's a double edged sword:
*  time consuming, but it gets your name out there;
*  promotes your work, but smacks at times of selling yourself out;
*  gets public response to new ideas, but worrisome in regards to copyright and idea protection;

.....and so on. Kinda makes a person wonder if you started eating the whale from the right end.


This is where I'm hoping I get some feedback from blog readers....where do you
stand on the social networking thing? How much is too much? What's your ulterior motive
for social networking? Pitfalls? Benefits? I am ALL ears.