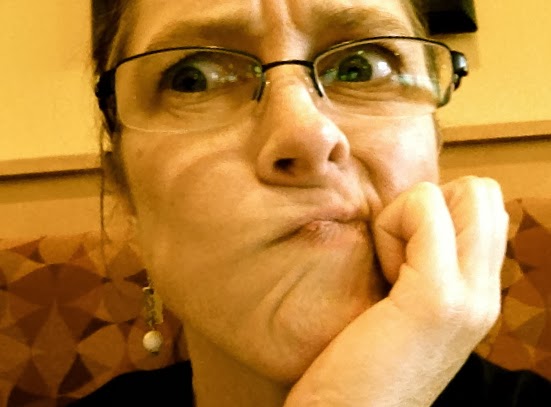 Sometimes writing can be scary. But we write anyway.
Otherwise, your imaginary friends can really make you question reality.

2013 was a wild and wooly year for me for many reasons, both personal and professional. In the end, the details are mine alone; but it is sufficient to say that it was definitely a year of growth and change.

One of those big “growing moments” as a writer came in mid-December, when I did something I’d never done before: I took a completed, self-edited manuscript and handed it off to an editor for scrutiny.

I knew she would agree with me on the errors and issues I knew about.

I knew she would spot errors and issues to which I was utterly blind.

I knew her scrutiny would make my tale stronger, more vibrant.

I had no idea how to-the-marrow, precise, and brutally insightful her assessments would truly be. 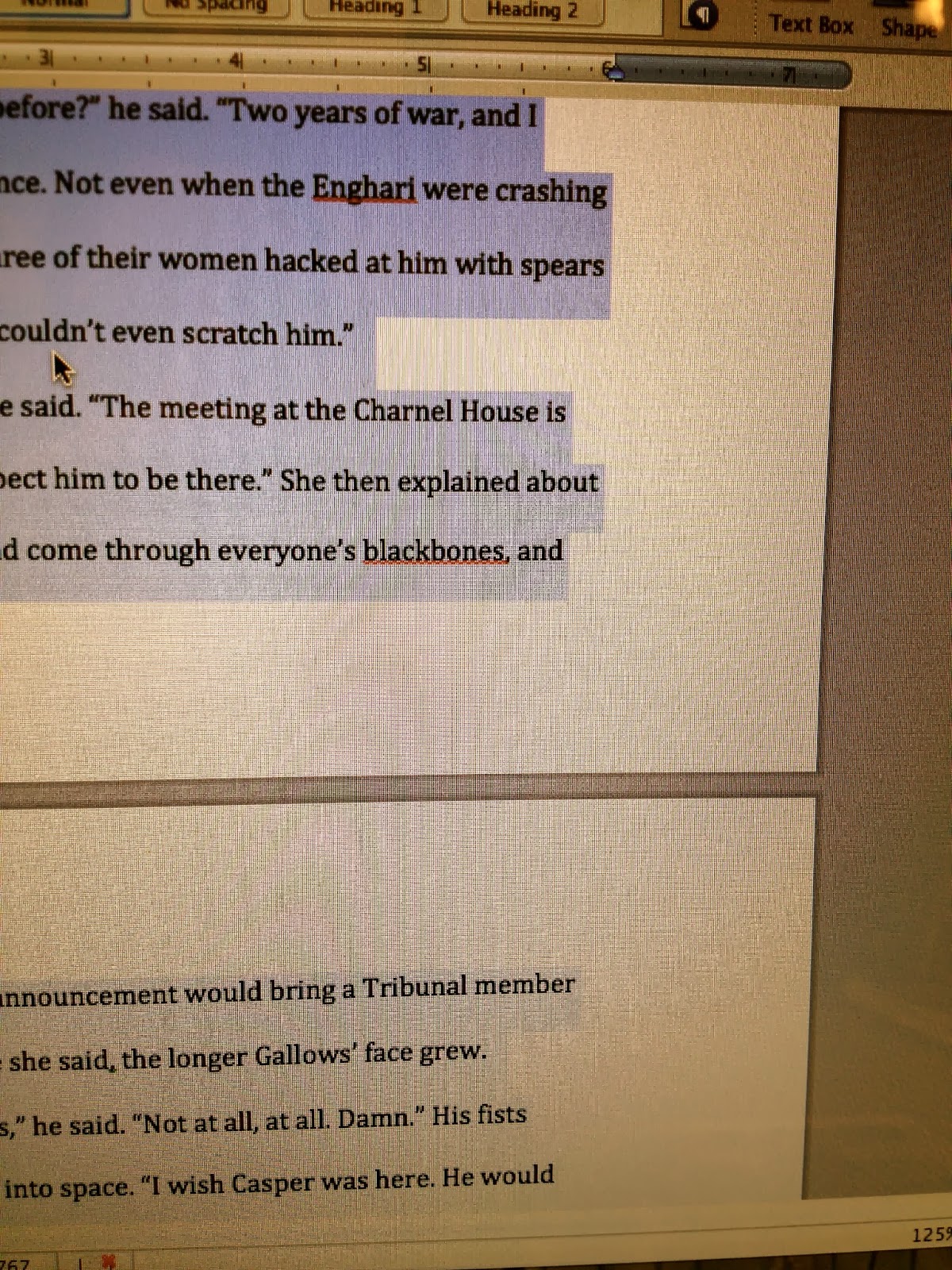 Sometimes I highlight whole sections and delete them. And start over again.
Sometimes multiple times, until I get it right.
Then I feel halfway decent about what I've done.
And then I need an editor.

At the time I'm writing this, I have not yet received the full edits back. But she has contacted me three times in the last couple weeks with questions. The first two times, they were questions with the intent of helping her better understand the overall vision and trajectory of my tale.

Of course, making X more ignorant of A and B changes a lot of things about her as a character. A LOT.

But just listening to my editor’s concise, penetrating questions made me realize her ultimate goal is to make my story the most powerful, well-formed, impactful tale it can be. 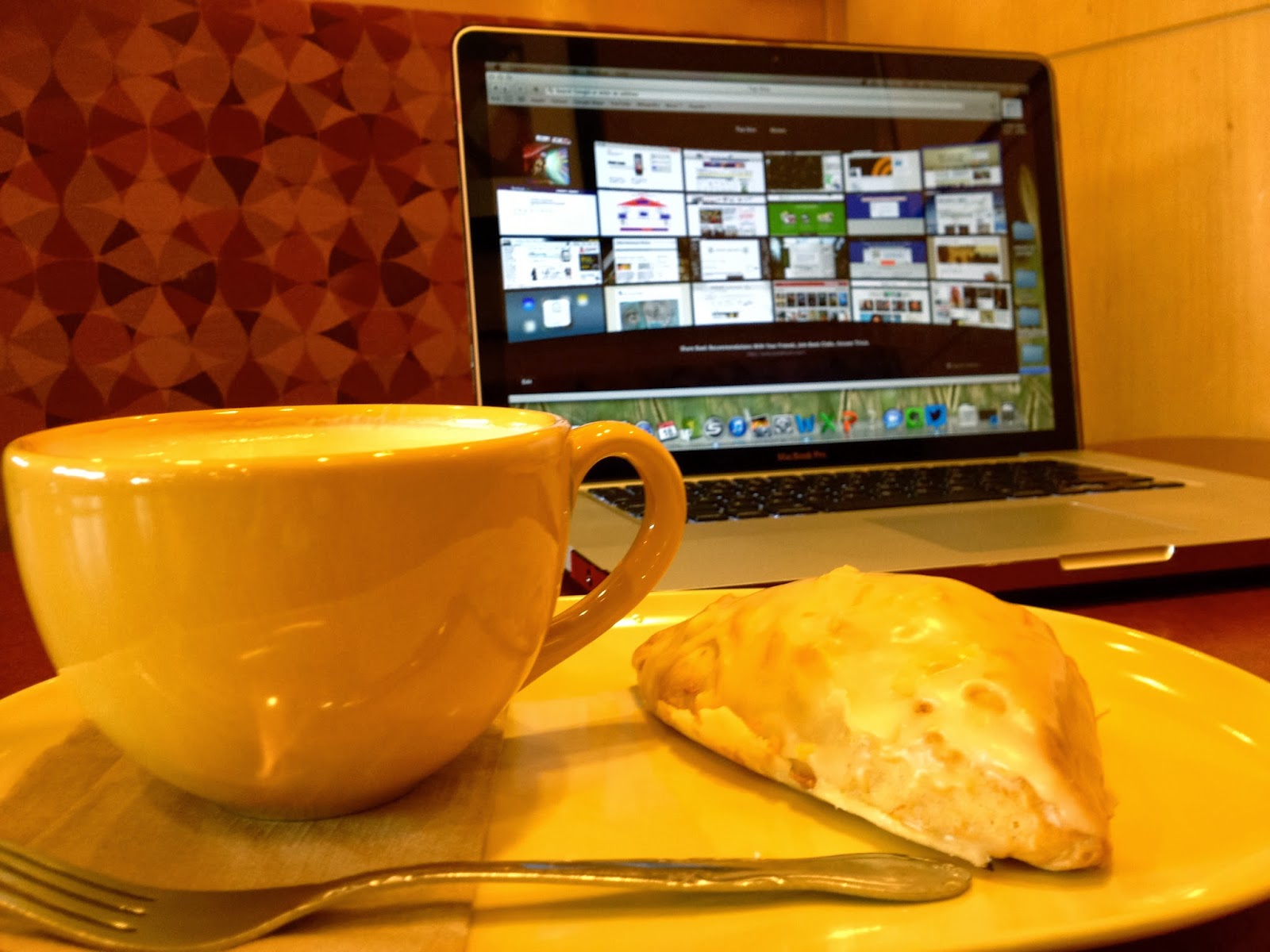 Sometimes abominable amounts of coffee are needed to help me through a mad writing session.
Can't wait to see what the editing marathons will be like. o__O

On a surface level, I already knew that I needed an editor. I’ve read the blog posts, seen the tweets, followed editors, agents, and other publishing gurus. I’ve talked to authors who’ve walked this path before. So from an academic standpoint, I already knew it would be immensely helpful. I wouldn’t have doled out my hard-earned cash (read: squeezing blood out of stones because I was immensely short on monies) to hire one.

To know a truth experientially, however, is another thing entirely.

Just the little bit of feedback I’ve received so far has been enough to show me that no matter how gorgeous I think my idea is, how in love with my characters, how passionate about the storyline, how self-critical I am about my own work – I cannot see all the flaws.

In fact, some narrative flaws were so oddly positioned that I saw them as strengths.

Some narrative strengths had lodged in my perspective so crookedly that I saw them as flaws.

Character X, for instance, is one I’ve struggled with immensely as I endeavored to write her in the most dynamic way. By the time I handed off my manuscript for editing, I was so frustrated that I was 100% positive she was a weak, flimsy character. I told the editor so.

“I’ll give her a look,” said the editor.

When she contacted me later with her questions, the editor’s verdict on X stunned me.

“She’s too superwoman,” she said. “Too complete. She needs to grow and change with the story. Have you considered….?”

Then came a couple broad suggestions. My editor needed to know if I was willing to compromise on some things, because my willingness would impact the specificity of her suggestions to both the character, and the overall work. Her initial suggestions, however, meant doing heavy renovations to X’s character: her awareness of self, her personality, her personal history, everything.

And of course, those suggestions impact how other characters respond to her, and how she responds to them. In short, those “few” edits will drastically impact the whole book.

And you know what? She’s entirely right.

X needs to change – and the rest of the cast with her, if necessary. Even if it means reconfiguring certain aspects of the plot. 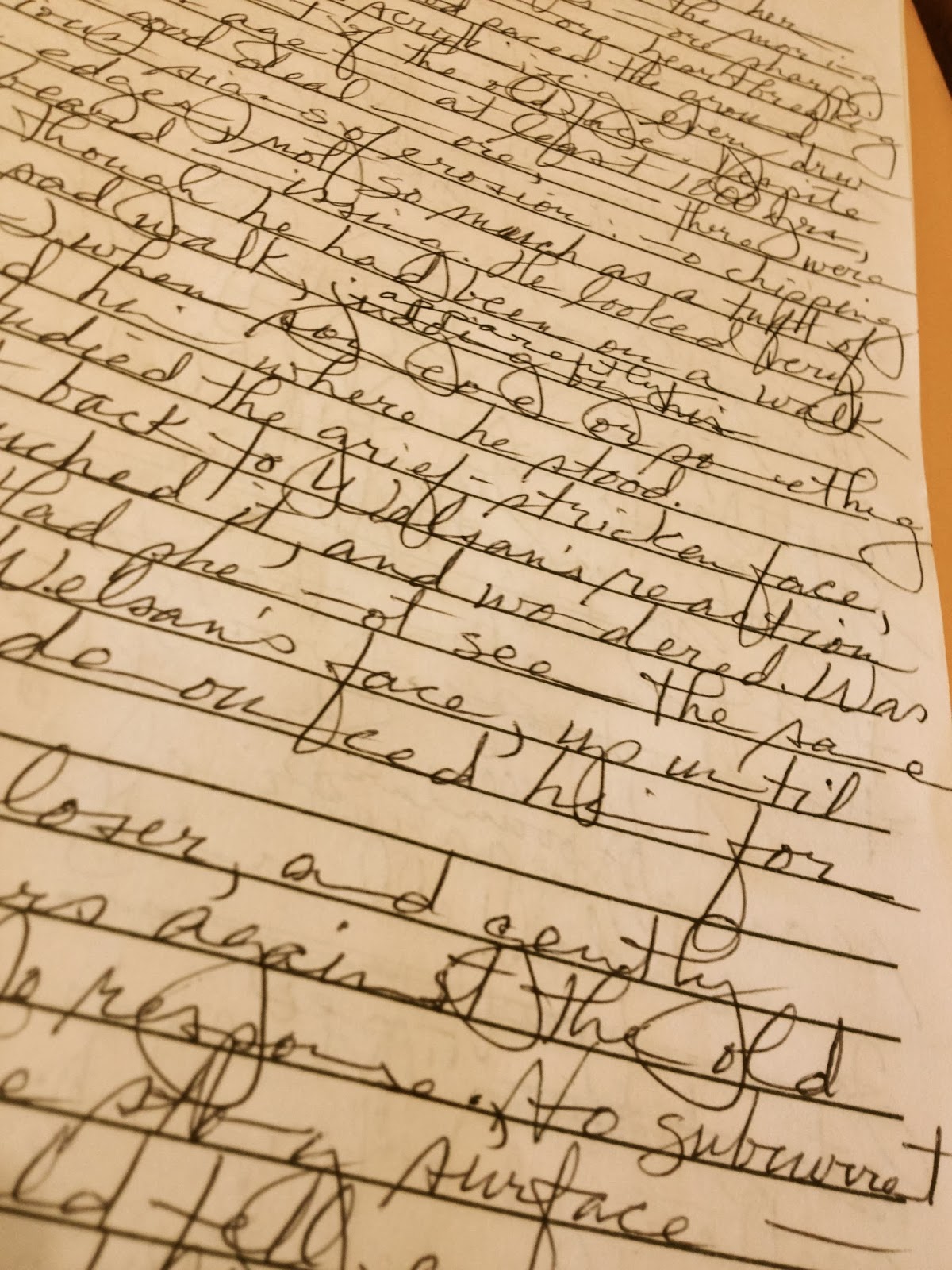 And when all else fails - do it old school. At least when it comes to storyboarding.
Sometimes writing it longhand is therapeutic too - mostly because the interwebz
is not lurking behind your word document, mocking you.

Why am I sharing this with you? Because this is part of my journey as a writer, and I figure at least a few of my blog followers are in same or similar positions as yet-unpublished authors.

I also feel that, if I take time to articulate where I am in this process, it will help me become a stronger writer – both in my craft, and my ability to take constructive criticism.

What I would like to do over the next few months is post some “Love Your Editor” blog posts (as time permits, as I still have multiple jobs). I would like to share some of the feedback I’ve received, and how that impacts me as a writer and, of course, the story I hope to one day publish.

Today is the “Early Feedback” episode because (as I said) I don’t have the full edits back yet. But I should have them soon. And when I do, you’ll hear from me now and then about how I’m ingesting and responding to this very new (for me) stage of the writing journey.

What about you? Where are you in your personal writing journey?
Have you had any experience with editors, good or bad?
Let me know in the comments below!


And as always – thanks for reading!
Posted by Angela at 2:56 PM