5 Stars: His Own Good Sword 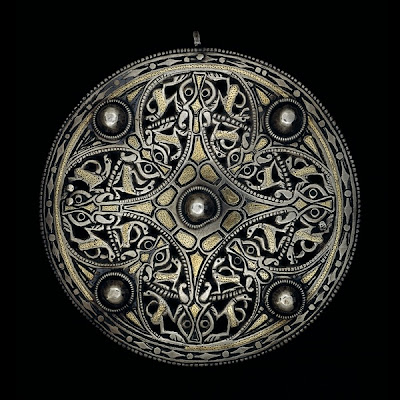 It has been so long since I have done a book review. SO. LONG.

Over a year, in fact.

There are two reasons for this:

(2) I only review books that I consider to be five-star must reads.

So you can understand, then, why I am thrilled to bring you another "top pick" from my indie reading list. That pick is Amanda McCrina's debut novel, His Own Good Sword. 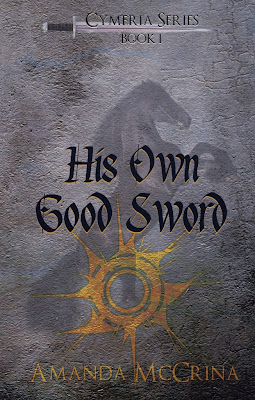 You can find Amanda's book HERE....

Here is the premise of His Own Good Sword, courtesy of its Goodreads synopsis:

19-year-old Tyren Risto is a second son, bound by long tradition to serve in the Imperial military. Normally that would mean filling some stuffy ceremonial post in the capital city, but one rash misdeed has earned Tyren the enmity of the powerful Marro family and the promise he’ll regret it. Now, instead of the capital, Tyren’s first commission relegates him to a backwater garrison on the fringe of the rugged and hostile Outland, where a fiery young native leader is busy rousing his people to rebellion against the Empire.

Soon, the flames of war are spreading all through the mountain country. Unprepared, rapidly outnumbered, Tyren is forced to weigh his devotion to duty against his growing doubts about the justice of his own cause. Victory isn’t out of the question, but it will come at a steep price—and Tyren is no longer sure he’s willing to pay.

His Own Good Sword came out last May, and has been steadily gathering an impressive collection of positive reviews. I should say here that all those reviews are well merited, and this is coming from someone who does not typically seek out historical fiction. Strange for a history teacher, I know. But for some reason I’m rarely drawn to it.

This book, however, has me reconsidering my genre-snobbishness. For one thing, this is not your typical historical fiction. It is in a place and time entirely of Amanda's own imagining, though it does strongly remind one of Celtic-Roman England, in the days when the Roman Empire was on the verge of crumbling.

So while the names and locations may be invented, the place itself is anchored in the textured fabric of world history, and reads with the breathless intensity of a first-hand account. Yet the fact that it isn't directly tethered to a concrete point on the world timeline is refreshing; it is believable without taking itself too seriously, or knotting up in esoteric minutiae.

Amanda once described her tale as a “magic-less fantasy,” and in truth I had a hard time understanding what she meant by that, until I dived into her tightly crafted story. The cascading pressures heaped on the main character, Tyren Risto, become a multi-pronged catalyst for a series of events that tangle their roots among rumors of an old prophecy. The ruling Empire gives no thought to these old stories, while the indigenous people cling to them with religious-like fervor.

It is this prophecy that becomes the subtle hint throughout of something larger at work, something that surpasses both the Empire, and the subjugated Cesino people who yearn for their independence. 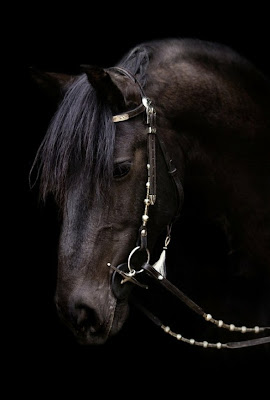 CHARACTERS: The characters in this tale are very real, and there isn't a cookie-cutter soul among them. Every hero has his dark side, and no villain is of the mustache-twirling "he's evil and that's that" variety --- even though, on both sides, there are secrets that remain hidden till the latter chapters of the book.

Themes of loyalty and duplicity are huge here, so - if you're like me - you'll find yourself gasping in surprise as plot twists reveal crucial character flaws (or virtues) that turn the plot on the head of a pin. I'll give you one hint: You can root for the main character, Tyren. But even he will surprise you, before the end.

PACING: If you want a rip-the-throat-amid-zombie-apocalypse opening to your books....you won't get it here. The opening chapters build like a bonfire, gradually emerging to a full, roaring, purple-green immensity. 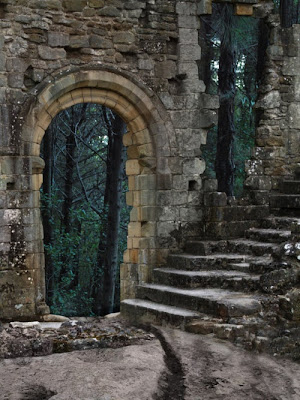 PLOT: Most of the book is told from Tyren's point of view, though there are a few key scenes told from the viewpoint of his father, Torien. It is because of this dual POV setup that the reader learns how the Risto family has gradually fallen from grace, and in these fractious times they are surrounded by enemies.

As I said before, the tension in the opening scene becomes the central stream of the story, with other tributaries joining the fray in form of characters, conspiracies, diminished traditions, uprisings and injuries. By the time the story reaches the final chapter, everything is cascading forward in a whitewater rapid of plot twists and small details snapping together with fine precision.

RESOLUTION: This is definitely a book intended for a sequel. At the same time, the ending is satisfying, leaving the reader at a logical breaking point that ties off neatly within the parameters of the book, while definitely leaving ample room for a continuation.

And I hope that continuation comes very very soon.

If you have 99c to plunk onto your Kindle, or $7 to read it the old-fashioned way, I recommend going straight over to Amazon and order your Kindle copy HERE OR a "real" copy HERE.

ANNNNNND.....be sure to help me heckle her into writing the sequel SOON. :) 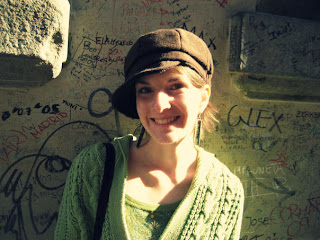 Amanda McCrina lives in Atlanta, Georgia and is currently finishing up her undergraduate degree in history and political science from the University of West Georgia. She also studied for two years at Geneva College, outside Pittsburgh, Pennsylvania, and for one semester in Rome, Italy. She has a particular interest in twentieth-century warfare and Roman military history.

Other interests include film, coffee, graphic design, ice hockey, and Star Wars.
Posted by Angela at 12:00 AM