Visual Storyboarding: Chasing Down the Details


Welcome to the next installment of the Visual Storyboarding Series!

All right. Now for the nitty-gritty.

Let’s review, shall we?

So what’s the next practical step?   RESEARCH

Researching elements that will help you present your story visually comes in roughly five different ways:

The first three methods are almost givens, but must be repeated here, if only because the advent of internet and high speed access has somewhat squashed most people’s desire to do REAL gruntwork when it comes to the realm of research. 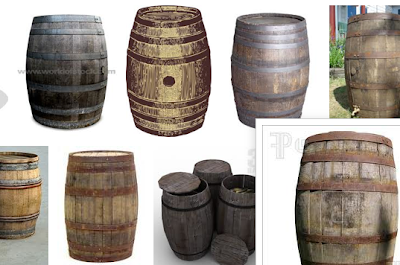 Care for a firkin of good wine?

Your first step is to know the terminology used for your research. Get past the surface level and find the jargon for the specific thing you need. Once you do that, you’ll have the tools you need to find the books you need. Also: You'll have the right key words to sift the zillion websites that would be, for you, utterly useless.

Don’t overlook real books that might help, especially at the library. There are tons of hard copy books at your local library collecting dust that could help you tremendously, and in unexpected ways. Sometimes it pays to just browse the topical shelves in the non-fiction section and see what crops up. You think people blog about weird things? (Have you seen what people used to write books about? I mean really...)

Example: Last year I stumbled across a gem of a book in the crafts section, entitled: The Forgotten Arts & Crafts by John Seymour (© 2001). One brief perusal of this book absolutely blew my mind in regards to my current project – everything from hedge laying to peat cutting to coopering to making horse collars and smocking. And the kegs! Do you know how much wine is in a firkin? Or a puncheon?

If you read the book, you’ll know. 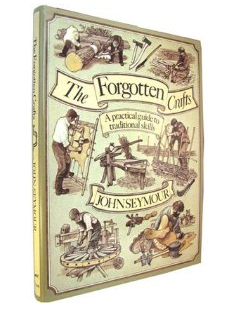 More than that, you’ll know not only how much wine is in a firkin, but whether said barrel of wine is enough, when dropped, to (a) break a foot, (b) kill a man, or (c) merely get him soaked through with the king’s best brew. (NOTE: I actually looked for this online to give you a visual reference – it’s not there. Yay for real books!)

See what I mean? Sometimes doing it “old school” still turns up some REAL gems for your work-in-progress. 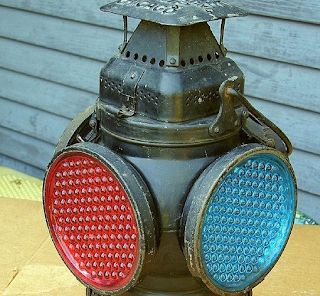 Last year I had a lucky accident where my WIP was concerned. I met a friend for coffee – a rare treat since she now lives in upstate New York and rarely returns to Georgia – and while we chatted I got to know more about this new job of hers that had so cruelly taken her away from me.

Know what she does for a living? She designs railroad switches.

Yep. Railroad switches. That’s it. Sometimes she gets to replace them, too. But that’s as exciting as it gets in her job. Most of her days are spent with blueprints and wiring specs, and tedious measurements that I cannot fathom.

That may sound dull as dirt to you, and usually I would agree. But when she started talking about railroad switches I became absurdly excited, and started pelting her with questions.

The reason? An underground rail system exists in my current WIP, and I had realized that an understanding of wires and rail switches were critical to one specific plot point. But it meant asking some specific, quirky questions, and neither books nor the internet were answering those questions.

Sometimes you must to talk to an expert, because:
(a) they will know things that don’t show up in the books (or websites)
(b) they can make sense of the technical jargon us “normal” people don’t get
(c)  they can tell you what happens in a “what if” situation, that is not in the books and – typically – is what writers need to know so we can complicate our characters’ lives.

NOTE: If you are going to interview an expert, don’t go into it blindly as I did! Make sure you know basic terminology at least, and have a list of pertinent, articulate questions on hand. My friend was very forgiving of my blundering; but then she’s known me for years. J

This is quite possibly the oldest rule in the writing handbook. You want to learn how to give life to your characters and your world? Start by observing life. Become a people watcher. Dare to be almost creepy in your people-watching (but please, don’t do anything that would get you arrested). There will be times when you’ll want to jot down notes (see next research tip), but sometimes you’ll want to just lay all the paper aside, put the cell phone on mute, and take the ear buds out of your ears, and just……watch. An ability to do this, I think, and do it consistently, is one of the things that separates the True Writers from the Dabblers.

If you’re like me, you’ve killed several small forests worth of paper for your writing notebooks, and the Amazon Tree Fairies will show up at your door any moment with a warrant for your arrest. There is such a thing as too much paper, I guess, but judging by the state of my library (read: my whole house), I haven’t reached my pain threshold on that one yet.

When you learn to people-watch – I mean really observe people, not just watch them like a TV show and be sneeringly amused – then you’re ready to take notes on what you hear and see. And then add them to the notes from all these books and websites you’ve culled through. This will be your almanac for all persnickety details pertaining to your story.

Your notebook should include most, or possibly all, of the following:

·      FROM YOUR HOOK:
o   basic synopsis of your work-in-progress
o   your original hook (you’ll want to revisit this one now and then)
o   list of characters, locations, key items or groups in your WIP
o   general descriptions, plot notes, timelines & maps (more on that next time)
·      HARD RESEARCH
o   articles printed out from the web
o   vocabulary and pertinent facts
·      REAL TIME INFO
o   Questions and notes from interviews
o   real-time observations, jotted down from people-watching
o   jotted down snatches of conversation

The dialogue exercise is key, for a lot of reasons, as dialogue can be such an elusive thing to nail down properly. But that is fodder for another post.

The old-school schoolmarm in me cringes at including this, but I have learned recently that this is far too valuable a tool to pass up. Is Pinterest a real time waster? It can be. Oh boy, can it ever. 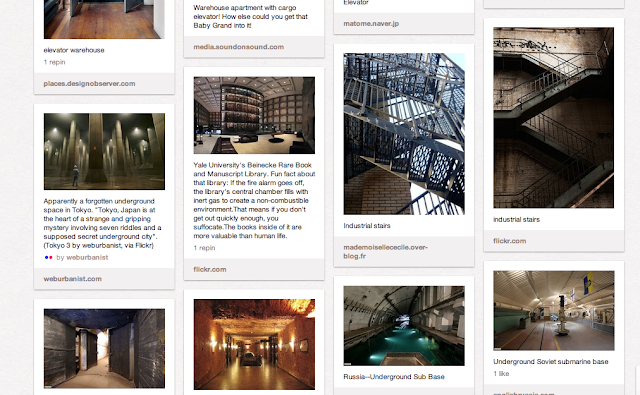 Pinterest is a visual smorgasbord. The whole point to the site is to find visual representations of (and links to) those things we love, admire, wish for, or want to make, bake, cook, build, sew, knit, paint or draw. OR WRITE, as the case may be. For writers, Pinterest can be an absolute playground when it comes to really nailing down those visual realities of what you’re trying to communicate. 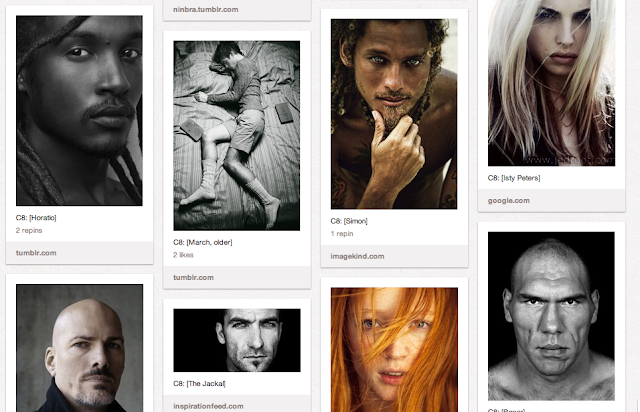 Hollywood roster;
I prefer to cull through photos of real, anonymous people with a different kind of soul in their eyes.
I won’t lie. PInterest has helped me out of several storyboarding issues lately, including several major hangups with my WIP. In fact, I was about ready to abandon it, because my plot was sagging due to my inadequate understanding of some very technical points regarding architecture, engineering, and mechanical details. I had done the research. I had put in the time. But since I am neither an architect, an engineer, nor an expert on industrial machines, I couldn’t pull together all those details into an environment I understood, a realm that I, the writer, could actually see. 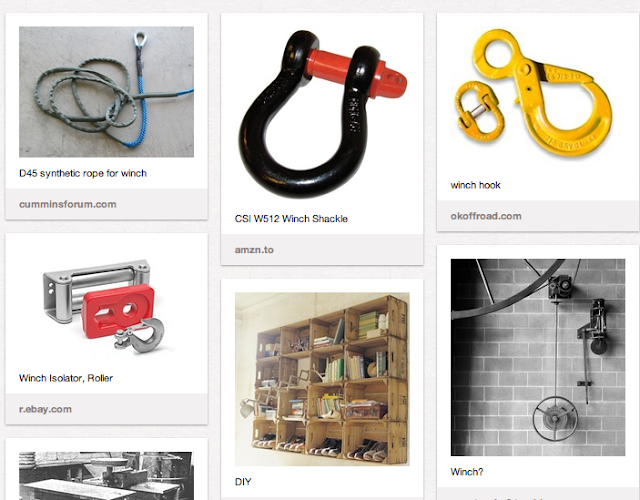 I have 21 boards, and the 13 largest ones are all indelibly connected to a specific writing project. Even the “Storyboard Boneyard” - which is where I put photos that don’t belong anywhere special, but I know I’ll want them later – has it’s own special character. More than that, a pattern is beginning to emerge there…of what, I’m not sure, but I have no doubt a new project will grow out of it. Possibly several.

Next stop on the Visual Storyboarding tour.....TIMELINES.

Specifically, of the linear, Vonnegut, and jellybean sort. And maybe a few others.

Thoughts? Ideas? Questions? Let me know in the comments!
And as always....THANKS FOR READING!!!!
Posted by Angela at 9:52 PM