This must be why people pursue acting as a career.

Mind you - I have no delusions of adequacy when it comes to myself. I know I don't belong ON stage. But my students sure do. Tonight was their first of two performances of Midsummer Night's Dream, and they nailed it like you wouldn't believe. 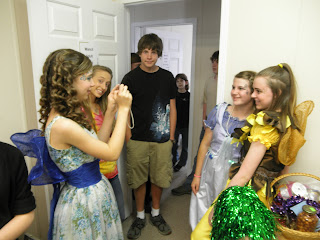 Fairies pass the time mugging it for the camera, while one of
my set/props kids crashes my photo...again.

We decided afterwards that maybe we do need a "sabotage your neighbor" rehearsal every year. It seems  the random burst-into-song moments from yesterday's practice actually helped in a backward way; meaning that it had everyone so off kilter that when we started getting responsive participation from the children in the audience tonight (all to hysterical effect), everyone kept a straight face despite the fact that the audience was helpless with laughter on several occasions. 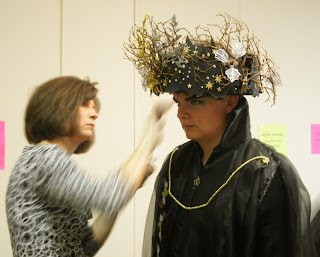 Oberon get his eye makeup. Did I mention a 10-year-old
made his crown? (Impressive, yes?)

For a homemade production, it really came off with flying colors. Makeup, props, dialogue fell into place with bobbles so minor they're not worth mentioning. 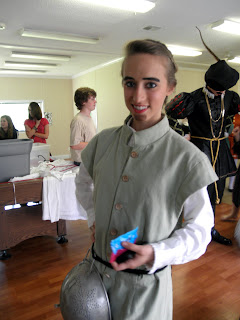 The tinker lines up for inspection, sweet tarts in hand. 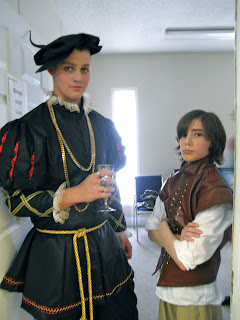 The Duke of Athens and Snug the Joiner wait for the curtain to rise.

To say that I am proud of these students is a massive understatement. I know I keep saying how hard they've worked for this, but really - you have no idea HOW hard. Our academy is so small that fine arts only happen on Wednesdays. That means only sixteen days in ONE semester in which to practice, make props, and hone our skills for the coming challenge - plus a week of dress rehearsals. That's ALL. 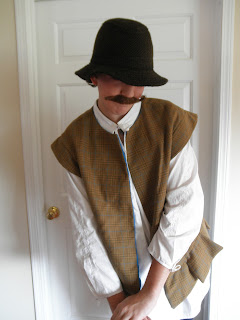 And to nail their performance as they did tonight - lines, songs, pratfalls and all - is astonishing. But not unexpected.

Because - in case you didn't know - I teach the most amazing students in the history of the universe. (Just in case you were wondering.)